James has a silly hat which he used for cycling in the winter. But it is not warm enough (see previous post on fragile men). So I took some of the remains of the Polartec 200 WindPro fleece used to make the muslin for James' cycling fleece (which BTW has become very popular as a really warm fleece for taking mountain climbing in the winter), and roughly based on the not-warm-enough hat I made a pixie hat for jules and a mushroom hat for James. I wonder if the styles will catch on. 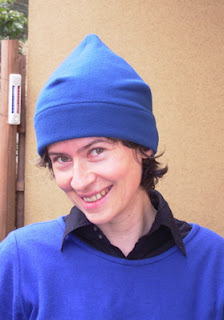 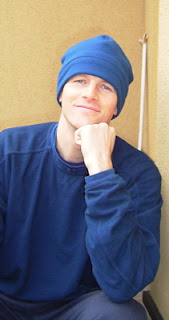 Somehow I doubt it by nevertheless the hats have been very serviceable this winter.
Posted by jules at 11:25 am