I am not sure what possessed me, but it wasn't all my fault. As anyone who lives in the Kanto plain knows, our houses are very cold in winter. James had himself said how nice a Hippo-crit jumper would be. Then one day, as we cycled past Keitoya in Kamakura, I saw rolls of it in their outside display. I was so pleased to have correctly identified it at speed that I walked back later to make the purchase. The pattern is Kwik Sew 3045 which I made made for James twice before. I am not sure if James plans to wear this just at home and in bed or also for venturing out on the town of an evening or to the local furry convention. The inlaws tried to readjust their video when he wore it to Skype them, but that's just Western conservatism. In Japan, James may detect no difference as everyone already stares at him. 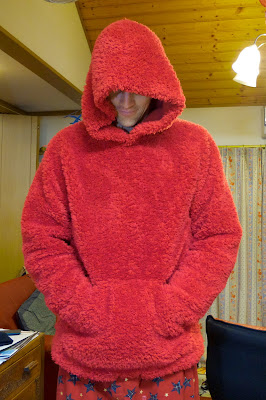 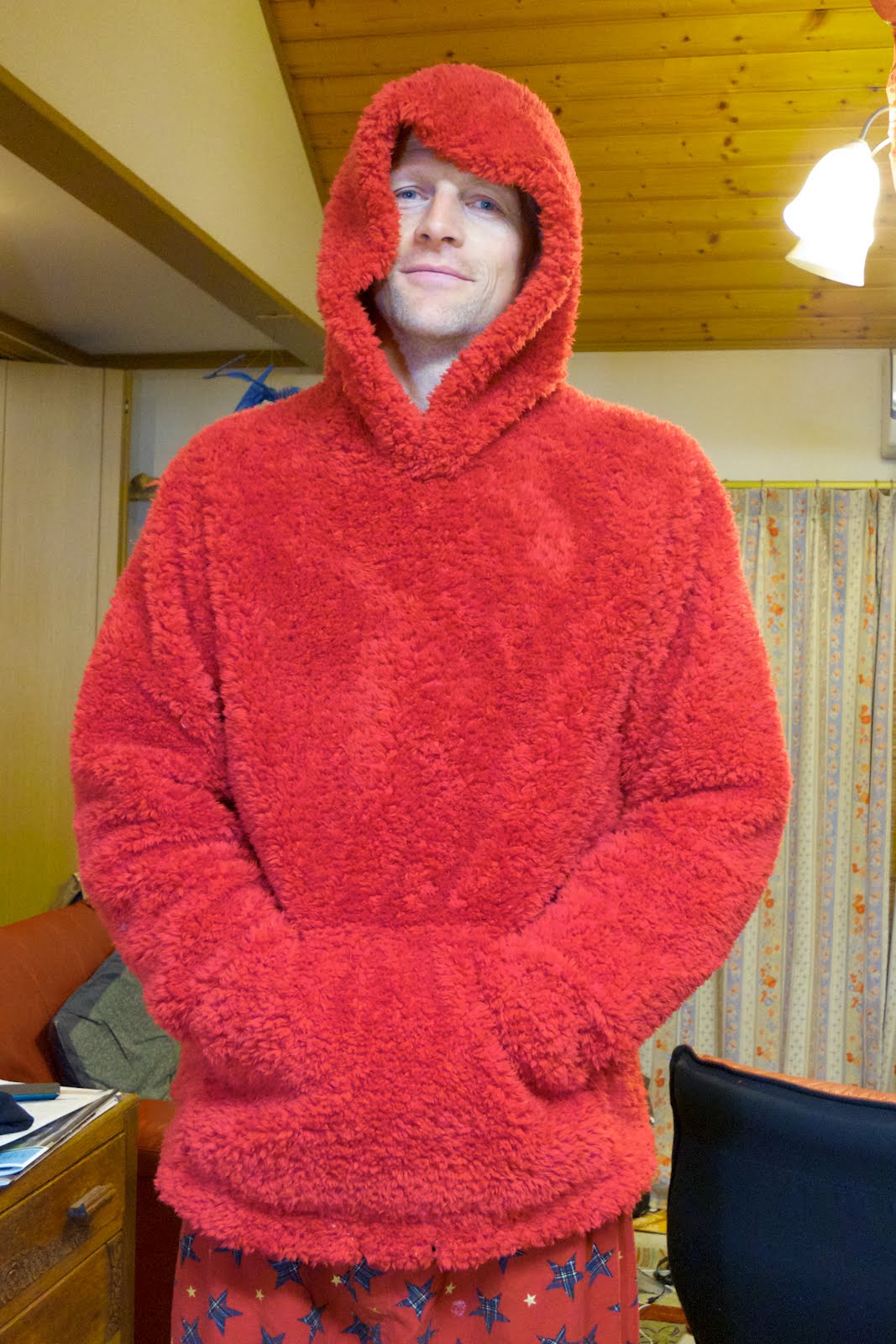 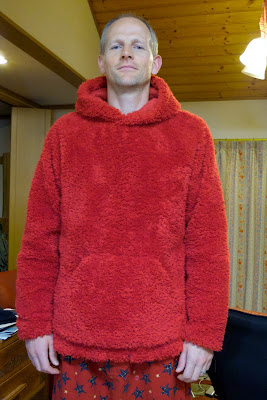 In some ways fur takes more attention to sew. Each seam was pinned, tucking in the fur, basted and then sewn on the machine with a zigzag stitch. The hems and rim of the hood were interfaced and then sewn by hand. The buttonholes, through which the cord (not yet obtained) round the bottom goes were sewn with the fabric back uppermost and with paper between the fabric and machine, so that fur did not get caught in the workings. On the other hand, with fur, you can sew any old how, as none of the stitches show! Now the question is, do I have enough fabric left over to cobble together a version for me?
Posted by jules at 8:14 pm No comments:

See here, here and here for previous attempts at this pattern, KS2561. Version 1, made in 2006(!) is getting tatty, version 2 is never worn because it is "horrible" and a bit skimpy (and unfortunately yellow doesn't suit me at all, or I'd wear it), while version 3 remains very popular. This new version is a golden brown rather cheap knit from Tomato in Nippori, Tokyo. I used a gold thread (bought in Swany's Yokohama branch one Sunday morning) which stands out quite well so had to top stitch carefully, which was probably good discipline. I added an inch to the arm pattern piece - I have a feeling I added the inch last time then failed to mark it on the pattern. Anyway, the result is not too long, although it may get a bit longer in time. How much the collar stretches effects the effective length of the arms and body, and since the collar is made from the fashion fabric this is not, a priori, a well controlled variable (since different fabrics have different Young's modulus, and different weight). Please excuse the physics, but it means that you can't tell whether the arms and body will be long enough just from looking at the pattern.

The top seems like it is a good colour, fitting effortlessly into the brownish side of James' wardrobe. 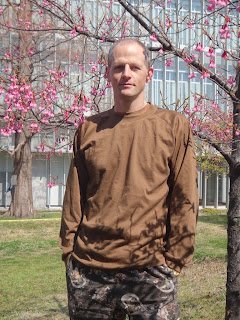 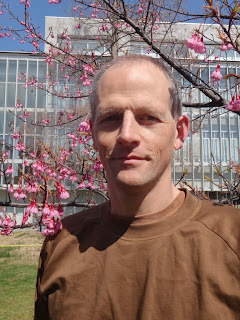 Click on the picture to get an indistinct impression of the not quite as messy as usual top-stitching round the collar.
Posted by jules at 5:38 pm No comments: