On our recent visit to Japan, we were lucky enough to stay in Tokyo and also have enough time off to visit a few shopPs! Staying in Asakusa, we were just a short trip from the fabric district of Nippori. We spent about an hour there one morning, but it was a bit miserable as it was snowing quite hard. I bought some stretch fabric, from which I hope to make some leggings for running/cycling.

Later, we went to Shinjuku and I spent a large part of the day in Okadaya. Here's the haul: 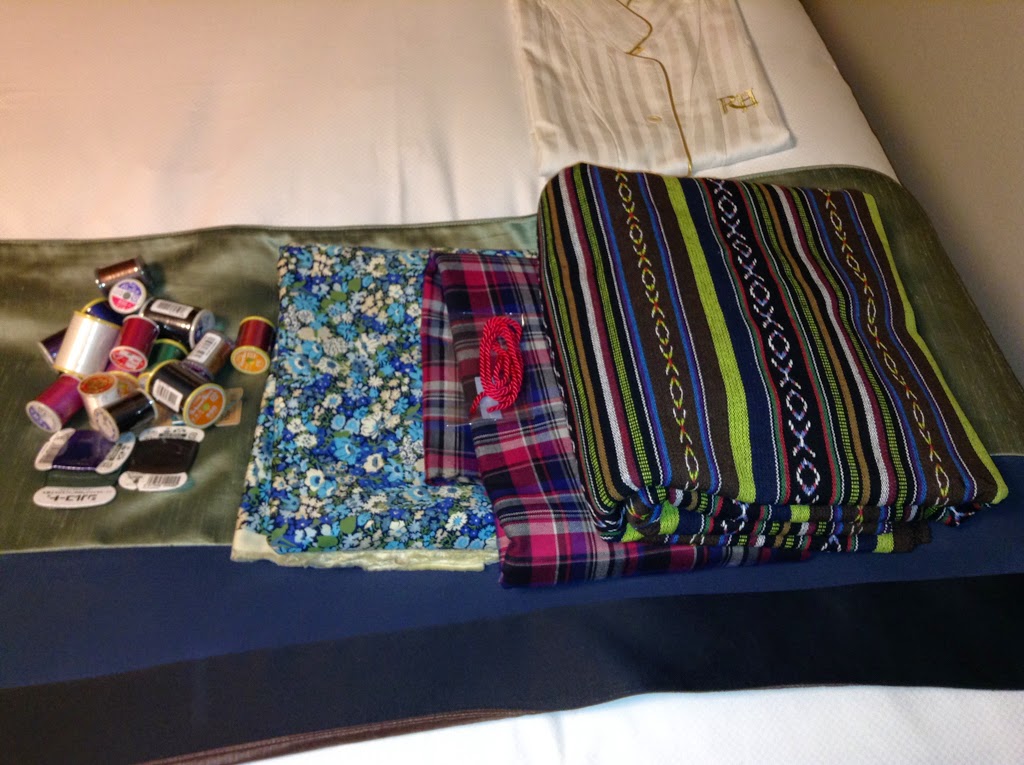 Lots of Japanese thread, some stretch flowers for trousers, some brushed cotton for pJ bottoms and some ethnic  upholstery fabric to make some more "carpet trousers" for James. Let's hope I bought enough fabric this time, as sending James off to pick up an extra metre, as happened last time, would be quite a long trip.

Must take a spare check-in bag next time!

And here are the finished carpet trews:

Having been worn almost all of last year while we were living in boxes, my Jan 2010 jeans started to get holes in. I patched the knee, but with an upcoming trip to Japan, I thought it was time for a new pair. They are made from the beautiful stretch black denim used last to make a pair of jeans for James. There is still some left - haven't measured it to see who gets the last pair, or whether it will have to be shorts.

The pictures show the jeans nicely creased after the two week trip to Japan. 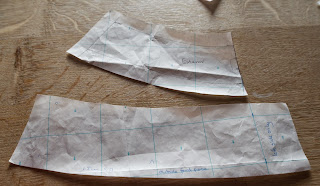 I used the same pattern as last time, but got confused when it came to the waist band as their weren't any pattern pieces in the bag. Despite the blog, I still fail to write things down and so end up swearing at flakey past-me. Eventually I thought perhaps I'd used the pieces from the Marfy pattern, and I think still think that's the case, although I think that I took some off the length even last time. So I cut the pieces and fitted them to the leg pieces


, tacked them in place and tried them on. I decided to have a go at improving the shape at the back to avoid the gap that tends to appear at the spine.


An interesting shaped back pattern piece resulted and I was skeptical that it would work, but it did! Note to dimwit future me - the front waistband piece in the bag is still about a cm too long! I think a little off the width off the leg pieces is probably in order, as I ended up easing the waistband somewhat more than might be ideal.


With the upcoming trip to Japan, I took the tori in Kamakura as inspiration for the design on the back pocket. 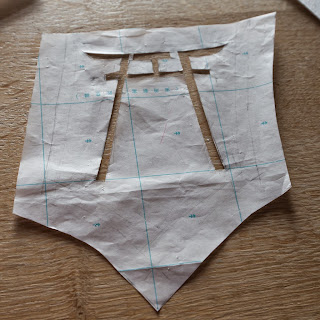 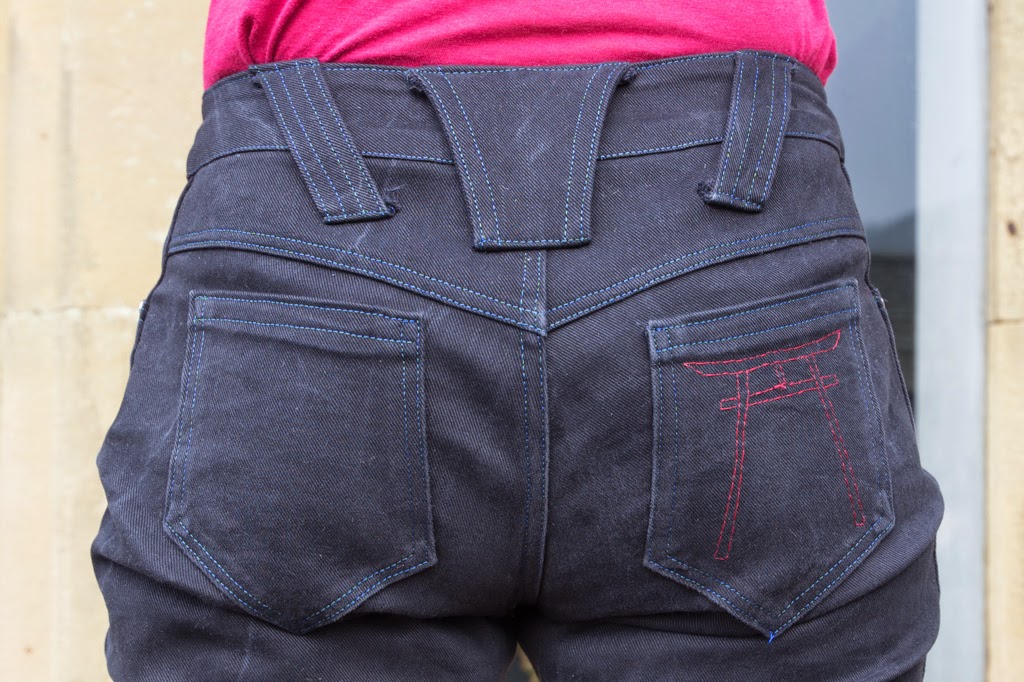 In December I made some PJs for Helen, my sister in law. She's got long limbs and complains about trousers not being long enough. Now I'm living in the same country my excuses for not making her something that fits have run out. My women's PJ pattern is Jalie 2686 which has a huge number of sizes, so I got Helen to send me some measurements, and picked the nearest size. Unlike me, Helen is normal in that she's the same sized top and bottom. I made adjustments to the pattern according to the difference between the pattern pieces that are closest for me and her and between the measurements of me and her. This included lengthening arms and legs, decreasing crotch length and decreasing the width of the jacket. The thing about the pattern is that it has details at the trouser hem and cuffs, which makes it not entirely simple to alter the length of the limbs after the garment is finished. So I just finished it off and hoped my calculations were good enough.

The fabric is a penguin patterned brushed cotton which I bought from a UK shop on the internets. I'd been assuming that I would no longer be able to import fabric due to the high import duties in the UK compared to Japan, but the fabric seems so relatively expensive here, even online, that it might not make much difference!

Helen says they fit, and she wore them while visiting us over Christmas, but hasn't sent me a photo, so perhaps they're being used up as dusters now. :-)

Luckily I had enough fabric left to make some PJ bottoms for myself - both my pairs from Feb 2009 are now in the bin after ripping on the rear, although the jacket is still in reasonable condition. I suppose I ought to take a photo of the new pair! I also bought some fabric for another pair of PJ trousers while in Japan, so I should soon be back to having 2 pairs again.